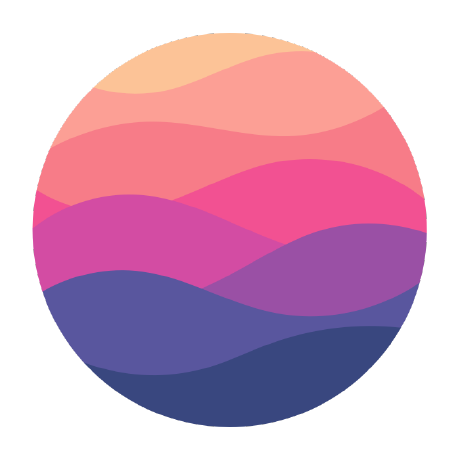 Realm is a mobile database that runs directly inside phones, tablets or wearables. This repository holds the source code for the Java version of Realm, which currently runs only on Android.

Please see the detailed instructions in our docs to add Realm to your project.

If you want to test recent bugfixes or features that have not been packaged in an official release yet, you can use a -SNAPSHOT release of the current development version of Realm via Gradle, available on JFrog OSS

In case you don't want to use the precompiled version, you can build Realm yourself from source.

It would be a good idea to add all of the symbol definitions (and their accompanying launchctl commands, if you are using macOS) to your ~/.profile (or ~/.zprofile if the login shell is zsh)

You can download the source code of Realm Java by using git. Since realm-java has git submodules, use --recursive when cloning the repository.

Once you have completed all the pre-requisites building Realm is done with a simple command.

That command will generate:

The full build may take an hour or more, to complete.

It is possible to build Realm Java against a local checked out version of Realm Core. This is done by providing the following parameter when building: -PcoreSourcePath=<path>.

E.g in the case where the realm-java and realm-core repos are checked out next to each other you can build from source using:

Note: Building from source with Realm Sync is not enabled yet. Only building the Base variant is supported.

Note: If you want to build from source inside Android Studio, you need to update the Gradle parameters by going into the Realm projects settings Settings > Build, Execution, Deployment > Compiler > Command-line options and add -PcoreSourcePath=<path> to it.

Generating the Javadoc using the command above may generate warnings. The Javadoc is generated despite the warnings.

All gradle projects in this repository have wrapper task to generate Gradle Wrappers. Those tasks refer to gradleVersion property defined in /dependencies.list to determine Gradle Version of generating wrappers. We have a script ./tools/update_gradle_wrapper.sh to automate these steps. When you update Gradle Wrappers, please obey the following steps.

The repository is organized into six Gradle projects:

This means that ./gradlew clean and ./gradlew cleanExamples will fail if assembleExamples has not been executed first. Note that IntelliJ does not support multiple projects in the same window so each of the six Gradle projects must be imported as a separate IntelliJ project.

Since the repository contains several completely independent Gradle projects, several independent builds are run to assemble it. Seeing a line like: :realm:realm-library:compileBaseDebugAndroidTestSources UP-TO-DATE in the build log does not imply that you can run ./gradlew :realm:realm-library:compileBaseDebugAndroidTestSources.

The ./examples folder contains many example projects showing how Realm can be used. If this is the first time you checkout or pull a new version of this repository to try the examples, you must call ./gradlew installRealmJava from the top-level directory first. Otherwise, the examples will not compile as they depend on all Realm artifacts being installed in mavenLocal().

Running Tests on a Device

To run these tests, you must have a device connected to the build computer, and the adb command must be in your PATH

These tests may take as much as half an hour to complete.

To run a testing server locally:

Note that if using VirtualBox (Genymotion), the network needs to be bridged for the tests to work. This is done in VirtualBox > Network. Set "Adapter 2" to "Bridged Adapter".

These tests may take as much as half an hour to complete.

This project adheres to the Contributor Covenant Code of Conduct. By participating, you are expected to uphold this code. Please report unacceptable behavior to info@realm.io.

Realm Java is published under the Apache 2.0 license.

Realm Core is also published under the Apache 2.0 license and is available here.

This product is not being made available to any person located in Cuba, Iran, North Korea, Sudan, Syria or the Crimea region, or to any other person that is not eligible to receive the product under U.S. law.

If you use Realm and are happy with it, all we ask is that you, please consider sending out a tweet mentioning @realm to share your thoughts!

And if you don't like it, please let us know what you would like improved, so we can fix it!