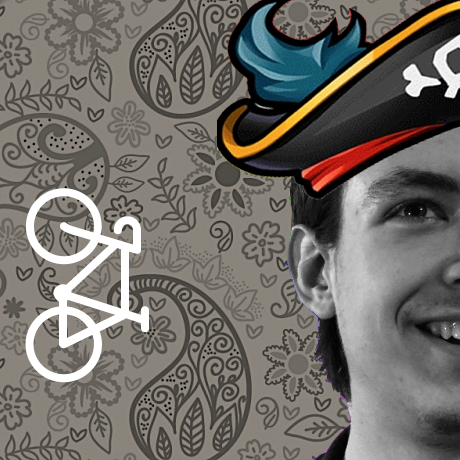 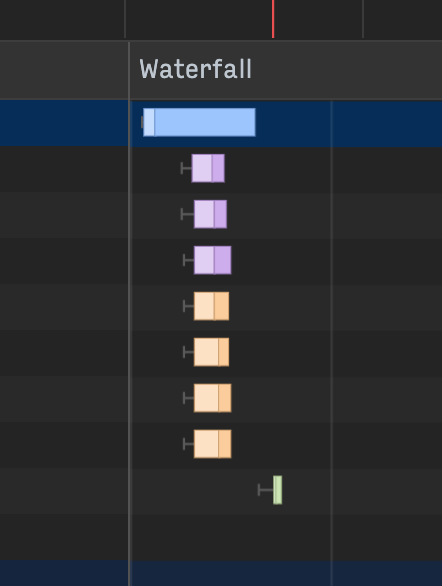 It's also built to support modern security features like Content Security Policy using django-csp, it sends request.csp_nonce in preload headers correctly so that preloads aren't rejected by your CSP policy if they require a nonce. Support for automatically generating and attaching CSP hashes for staticfiles and inline blocks is also planned in the near future.

It's not yet production-ready (I'll put it on PyPI when it is), but for now it's easily installable by cloning it into your apps folder, and the codebase is small enough to be quickly reviewed and customized to a project's needs.

It works by providing a templatetag {% http2static %} that serves as a drop-in replacement for {% static %}, except it records all the urls used while rendering the template in request.to_preload.

The http2 middleware then transforms the list of to_preload urls into a full HTTP preload header, which is then attached to the response. When settings.HTTP2_PRESEND_CACHED_HEADERS = True, the first response's preload headers will be cached and automatically sent in advance during later requests (using StreamingHttpResponse to send them before the view executes). Upstream servers like Nginx and CloudFlare can then use these headers to do HTTP2 server push, delivering the resources to clients before they are requested during browser parse & rendering. With TCP fast-open, TLS 1.3, and HTTP2 server push, it's now possible to have entire pageloads with only 1 round-trip, now all we need are cache-digests and QUIC and then we'll be at web nirvana .

When preload headers are sent fast and HTTP2_SERVER_PUSH = True is enabled in settings.py, upstream servers like Nginx or Cloudflare HTTP2 will usually finish server pushing all the page resources not only before the browser requests them, but even before the view is finished executing, providing a 100ms+ headstart to static file loading in some cases. When enabled it's very cool to look at the network waterfall visualization and see your page's statcifiles finish loading together, a full 50ms+ before the HTML is even returned from Django!

Unfortunately, while shiny and exciting, this wont necessarily make your site faster for real-world users. In fact, it can sometimes make sites slower because after the first visit, users have most of the resources cached anyway, and pushing uneeded files on every request can waste network bandwidth and use IO & CPU capacity that otherwise would've gone towards loading the actual content. You should toggle the config options while testing your project to see if server push provides real-world speed gains, or use the recommended settings listed below that provide speed gains in most cases without the risk of wasting bandwidth to push uneeded resources.

HTTP2 server-push will eventually become the optimal method of page delivery once cache-digests are released (improving both latency and bandwidth use). Read these articles and the links within them to learn more about HTTP2, server push, and why cache digests are an important feature needed to make server-push worth it:

This library is still useful without server push enabled though, as it's primary function is to collect statifiles and send them as <Link> preload headers in parallel before the Django views finish executing, which can provide a 100ms+ headstart for the browser to start loading page content in many cases. The optimal recommended settings for maximum speed gain (as of 2019/07) are to send preload headers, cache them and send them in advance, but don't enable HTTP2_SERVER_PUSH until cache-digest functionality is released in most browsers.

Don't use {% http2static %} for everything, just use it for things in the critical render path that are needed for the initial pageload. It's best used for CSS, JS, fonts, and icons required to render the page nicely, but usually shouldn't be used for non-critical footer scripts and styles, async page content, images, video, audio, or other media.

These settings provide the most speed gains for 90% of sites, though it's worth testing all the possibilities to see the real-world results for your project.

Attach any {% http2static %} urls used templates in an auto-generated HTTP preload header on the response. Disable this to turn off preload headers and disable the middleware entirely, this also prevents both header caching and http2 server push.

Cache first request's preload urls and send in advance on subsequent requests. Eanble this to cache the first request's generated preload headers and use StreamingHttpResponse on subsequent requests to send the headers early before the view starts executing. Disable this to use normal HTTPResponses with the preload headers attached at the end of view execution.

There are many ways to implement Content Security Policy headers and nonces with Django, the most popular for django is django-csp, which is library maintained by Mozilla. This library is built to be compatible with Mozilla's django-csp, but it's not required to use both together. You can find more info about configuring Django to do CSP verification here:

In order to use HTTP2 server push, you need a webserver in front of Django that reads the preload headers and pushes the files. Cloudflare has a GUI control panel option to enable server push, and nginx can do it with only one extra line of config:

Responses can be served in three different ways when using django-http2-middleware. You can inspect which way is used for a given response by looking at the x-http2-preload header attached to the response. If all the options are enabled, it takes two initial requests after enabling the middleware and starting Django for the cache to warm up, one to detect the content type, and one to build the list of resource URLs used by the template:

Start runserver behind nginx and reload your page 4 times while watching the dev console to confirm the cache warms up properly and later requests receive server-pushed resources. If everyting is working correctly, the third pageload and all subsequent loads by all users should show up with the x-http2-preload: early response header, and pushed resources should appear significantly earlier in the network timing watefall view.

You can inspect the preload performance of a given page and confirm it matches what you expect for its x-http2-preload mode using the network requests waterfall graph in the Chrome/Firefox/Safari dev tools.

If you set HTTP2_PRESEND_CACHED_HEADERS = True and HTTP2_SERVER_PUSH = False, responses will all be sent in x-http2-preload: late mode, which is the recommended mode until cache digests become available in most browsers. 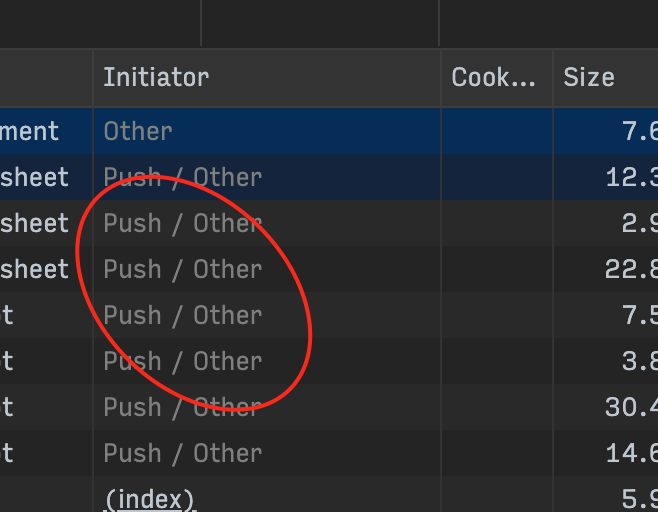 After making my own solution I discovered great minds think alike, and a few people have done exactly the same thing before me already! It's crazy how similarly we all chose to implement this, everyone used a drop-in replacement for {% static %}, I guess it goes to show that Django is particularly designed well in this area, because there's one obvious way to do things and everyone independently figured it out and implemented robust solutions in <200LOC.

However, none of these support CSP policies (which require adding nonces to the preload headers), or use StreamingHttpResponse to send push headers before the view executes, so in some ways this project takes adventage of the available HTTP2 speed-up methods to the fullest degree out of the 4.

Consider this library "beta" software, still rough in some areas, but used in production for 6+ months on several projects. It's not on PyPi tet, I'll publish it once it's nicer and has more tests. For now it should be cloned into your Django folder, or used piecewise as inspiration for your own code.

Once HTTP2 cache digests are finalized, server push will invariably become the fastest way to deliver assets, and this project will get more of my time as we integrate it into all our production projects at @Monadical-SAS. To read more about why cache digests are critical to HTTP2 server push actually being useful, this article is a great resource: 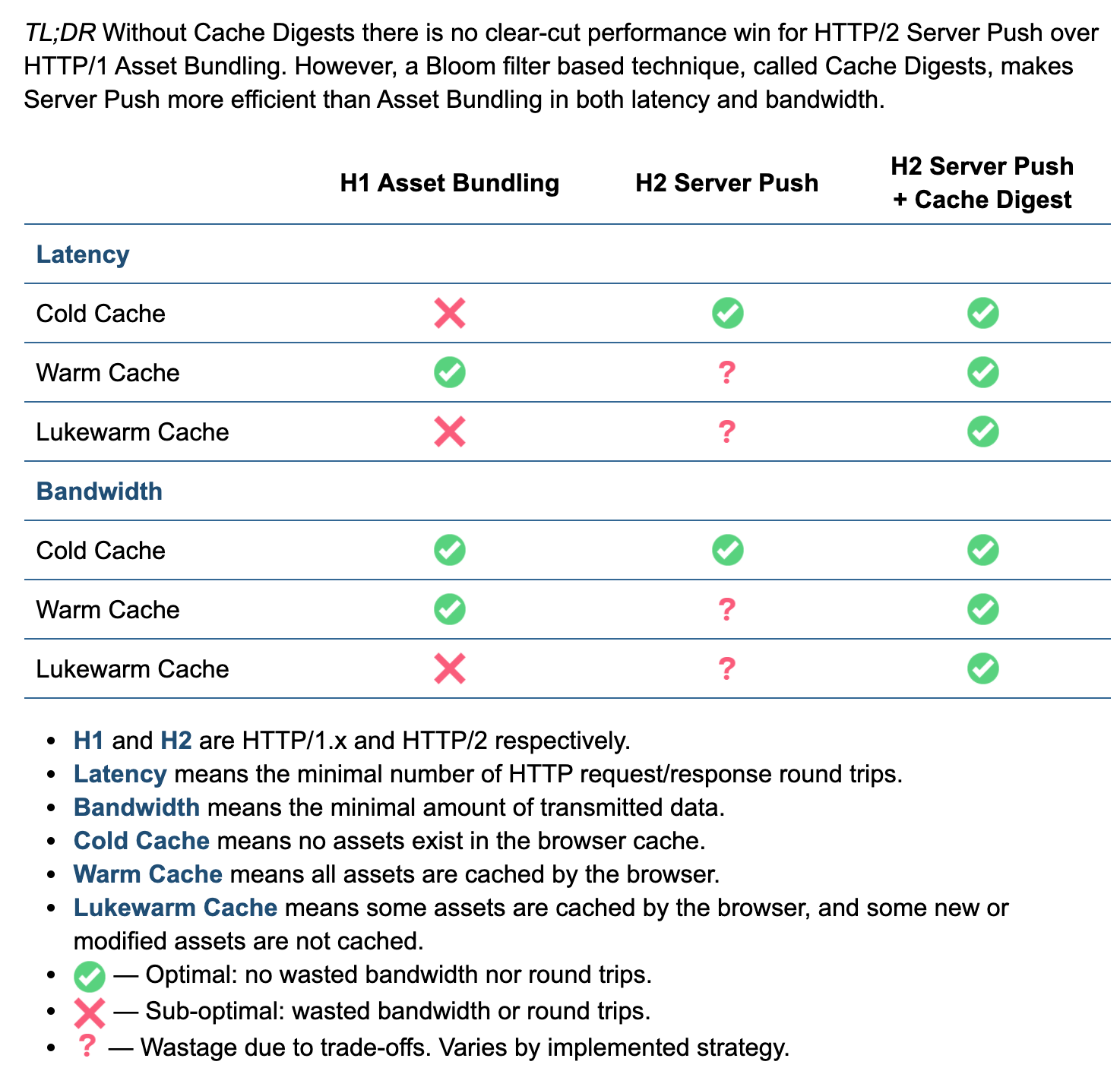 Did you know you can run code after a Django view returns a response without using Celery, Dramatiq, or another background worker system? Turns out it's trivially easy, but very few people know about it.

In small projects it's perfect for sending signup emails, tracking analytics events, writing to files, or any other CPU/IO intensive task that you don't want to block the user on. In large projects, this is an antipattern because it encourages putting big blocking IO or CPU operations in these "fake" async request callbacks. The callbacks don't actually run asyncronously (like Celery), they don't provide any free performance improvement on the main server thread, in they just hide some operations outside of the normal request/response lifecycle and make it hard to track down latency issues. You probably don't want to block main Django worker threads with things that would be better handled in the background, as it'll greatly reduce the number of simultaneous users your servers can handle.

For a full example demonstrating this library and more, check out this gist: django_turbo_response.py.