It offers the following features:

One of the main advantages of these features is that they don't have any size limit for the time series. If the time series database has its own limit, TSDC will split the queries automatically and reconstruct the whole time series.

The solution is containerized.

First, you need to set your data source -> resources/config.json

The data file generation is enabled by default. To disable it, empty output.json and output.csv field in the config.json file.

If you enabled the file generation (json/csv)

If you disabled the file generation

This solution is able to handle SSL connections.
The only thing you need to do is to:

TSDC is based on range queries.
If the range is too big, the queries will be splitted automatically.
If one or both of the edges of the range are missing, here's the following cases: 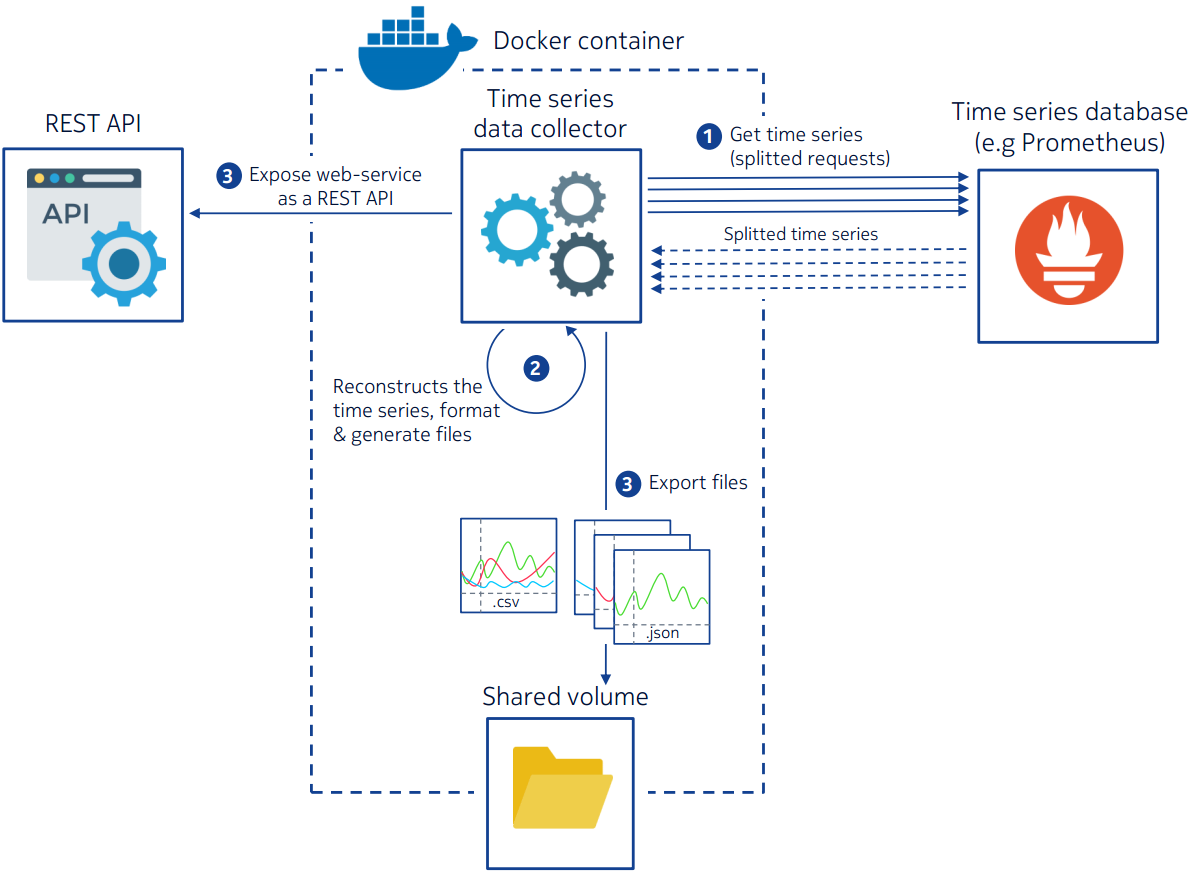 Icons made by Smashicons, DinosoftLabs, Pixel Buddha from www.flaticon.com is licensed by CC 3.0 BY